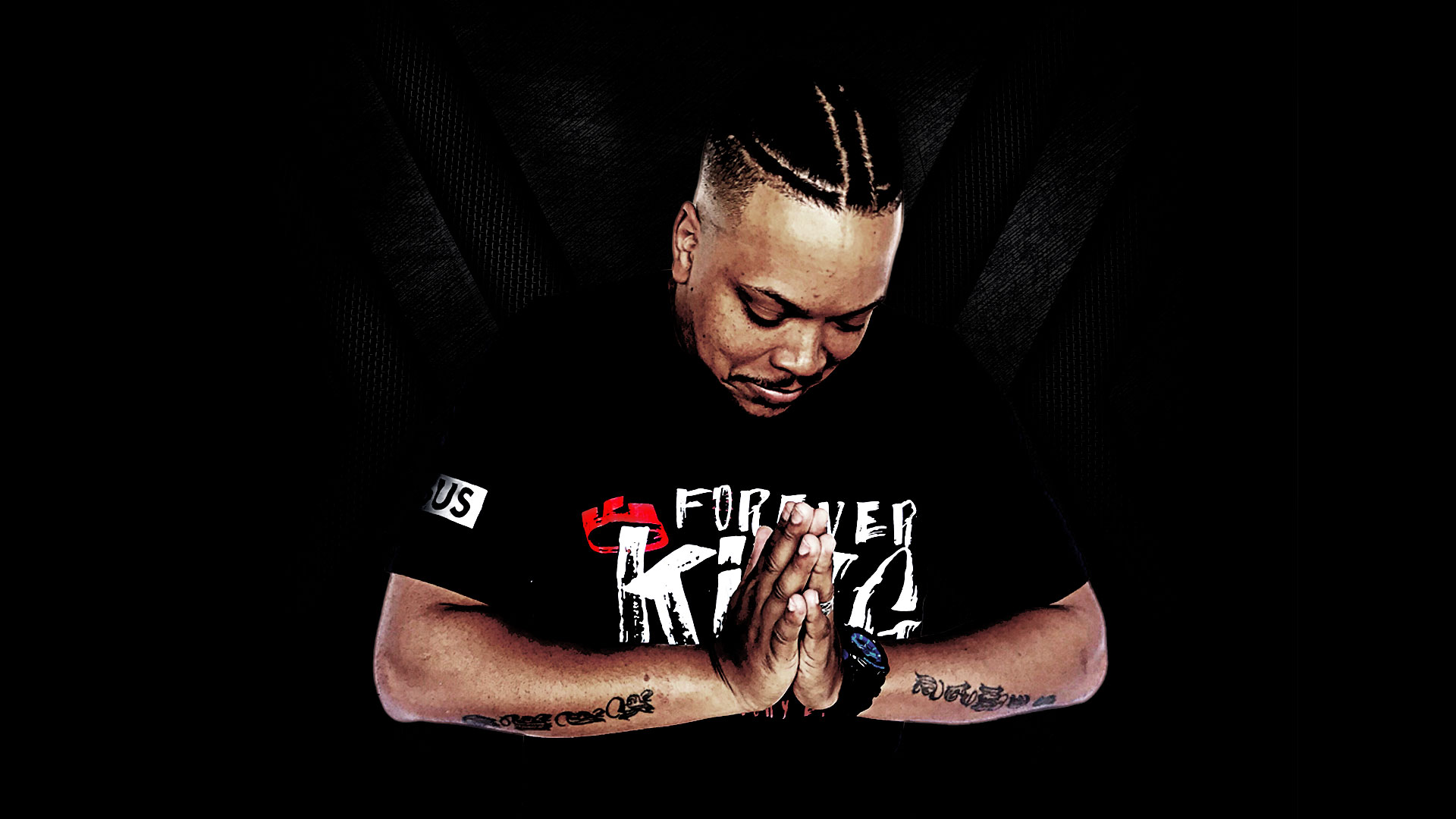 “Son of man, can these bones live?”

That was the question Ezekiel was asked by the Lord, in Ezekiel 37, and is still asking to anyone who will listen . . . it could just as well serve as 5ive’s testimony. How else could you explain a drug addict becoming a Christian rapper?

How else could you explain a young black man from tiny Earth, Texas reaching the Billboard charts with three releases to his credit? How else could a man, who just started rapping four years ago, now signed to a distribution deal with Save the City Records by way of Provident Label Group a division of Sony Music Entertainment be touring nationwide?

“I will make breath enter you and you will come to life . . . then you will know that I am the Lord.”

And that’s exactly what has happened in 5ive’s, whose real name is Craig James, life! Craig’s early life, as a teen, was littered with drug use. It started innocently enough smoking weed, but it wouldn’t stay that innocent. The use of marijuana led to cocaine and cocaine led to crack in his twenties, which was a far cry from getting saved at 13.

The Devil had Craig right where he wanted him in the chains of addiction. Shuffling in and out of jail on drug charges and in a constant state of frustration, was where he found himself. While serving a 180-day sentence, the proud Texas resident promised the Lord he would never smoke weed again. He kept that promise. Instead he delved into drugs much deeper.

James replaced marijuana with his previous cocaine addiction, which eventually led to a drug far deadlier and life-stealing meth. Another arrest led to a night where God started dealing with him once again, essentially asking him the same question, “Can these dry bones live?”

He knew God was pursuing Him, but he ran for another month high on crystal meth. But God was persistent and reached him through one of the unlikeliest places possible a Praise-a-Thon led Jamal Bryant. Bryant’s word pierced James’s heart and he knew how badly he needed and wanted Jesus!

On Nov. 7, Craig walked into church high on meth, crack, alcohol and cocaine and walked out a brand new man. He surrendered and accepted Jesus Christ as his personal Savior! God had breathed life into his dry bones! As is so often the case, throughout the Bible, God also bestowed on him a new name 5ive—this coming after God told 5ive, “To go and show the world my grace!” The rapper’s name, which is symbolic of the Biblical number for grace and favor, stands for Grace is Victory Everlasting.

Five has toured the United States, performing over a hundred shows a year, telling anyone who will listen from youth groups at small churches to big crowds at Christian music festivals, like Rock The Desert in Midland, TX, Kingdom Bound in Buffalo, NY, and Jesus Fest in Clarksburg, WV, how God raised him out of a hopeless situation, the chains of addiction and replaced it Hope, Life, Love and a compassion to reach others in seemingly hopeless situations with the Hope that is Jesus! (Gen. 50:20)

He has ministered along side the some of the biggest names in Christian music such as Marcos Witt, Lecrae, Matthew West, Andy Mineo, This’l, Je’kob and many more!! 5ive has even gone so far to stretch his talents to collaborating with Australian artist Grasp Whosoever, Ghana’s Royal Priesthood and Psykoz in France getting international airplay in numerous countries. 5ive released his Sophomore Album entitled “Ignition” in July of 2013. The album’s lead single Ignite (Light Of The World) Ft. Je’kob was well received and played on many FM and Internet Radio Stations!! 2013 was a great year for 5ive and it ended on a great note as he hit the road for 15 days with Je’kob, Spec, Climbing Blind, and Angelo Gonzales for the Don’t Back Down Tour in December. In June of 2014 5ive released a very anointed album entitlted “Ain’t Supposed To Be Here” which, All Glory Be To GOD, was released through Save The City Records and charted #39 on billboard Gospel!! And in August of 2014 he hit the road with V. Rose, Spec, Bryann & Monica Trejo, RAW, Victorious and Dj Teddy for the a True Story Tour! A couple months after the True Story Tour 5ive partnered Bryann Trejo and became a Solider under the Kingdom Muzic Ministries Banner! It is now 2015 and 5ive is still traveling the World telling who ever would listen about his story and how it ties in to the Truest and Greatest story ever told, The Gospel Of JESUS CHRIST! Can God make dry bones live? He’s done just that in 5ive’s life and even more—He made dry bones rap . . . with a message universal, and relevant from prisons to the churches, from black and white, and all races in between, for rich and the poor, there is healing for your pain, there is freedom beyond your chains and there is unconditional Love that can make dry bones live! – Bio Written By: John Mark Brooks